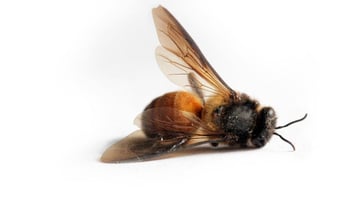 Once upon a time, Cisco effectively was the networking industry, starting around the time I joined in 1989 to help the company put together its IPO. The cachet of being an early Cisco customer was very real, and, frankly, Cisco earned its moment in the sun back then, a moment that — to its full credit — lasted far longer than technology history would have deemed likely.

In fact, one of the charts Cisco liked to show sell-side analysts during its IPO roadshow was a sine wave that demonstrated how no dominant technology leader of one “wave” ever became the dominant player of the next one. The mainframe leader (IBM) did not become the mini-computer leader (DEC), which, in turn, did not become the PC leader (Microsoft), and so on. The chart had a big “?” next to the empty sine wave slot for networking, which, of course, Cisco did ultimately win and happily filled in. (Not surprisingly, those sine wave charts have never seen the light of day since at Cisco as far as I can tell.)

Now the new sine wave peaks are clear — Cloud, IoT, 5G and so on — and all have very little to do with Cisco today, leaving the company perhaps best described as “a dream of elegance on the crumbling edifice of the past” (to borrow an almost perfect phrase from the Japanese Wabi aesthetic). Today Cisco is way past worrying about cachet. It is, instead, forced to struggle with basic relevance while it goes about plundering its enterprise install base for revenue in a cash grab before AWS and crew turn Cisco’s high-profit bespoke hardware/software solutions into museum pieces.

And open networking — inexpensive hardware plus inexpensive, but feature-rich, software like Pica8’s — in the enterprise campus is also amping up the existential pressure on Cisco. Almost every new open network campus deployment comes directly at the expense of some poor Cisco account rep who has to de-book that long-time customer from his/her forecast.

Cisco knows all of this, of course. It missed the pivot to the cloud years ago trying to hold on to hardware gross margins, saw all the major web-scale data centers opt for open networking, and are now keeping a watchful — and nervous — eye on open networking’s increasing adoption rate in its cash-cow enterprise business. At some not-too-distant point Cisco will be forced to embrace the open networking business model and do more than just occasional head nodding and hand waving about its intentions here. But to those of us on the outside, that process is uncomfortably like watching the caveman invent the rock.

As they’ve grown from my early days — when Cisco was a mere $27M/year revenue company — Cisco inevitably fell into a number of bad habits that largely stemmed from its basic DNA while the overall industry caught up and, in many cases, surpassed it in the market. Some of these habits — like making customers dependent on the complexity of its solutions to keep competitors out — worked, at least for a period of time. (I addressed some of these issues in earlier blogs like this one on Cisco’s “conservation of complexity problem.”

Cisco was used to big margins from the start. It quietly raised the prices of its early routers twice just ahead of its IPO in 1990 to see just how much it could squeeze out of the market. Cisco never looked back and still tries to sell every customer an Airbus when the vast majority of them come in wanting, and frankly only needing, a Cessna. Simple, reliable, inexpensive, flexible and easy to operate is what customers are looking for. Kind of like the Cloud and open networking if you think about it.

So Cisco, long known as “the masters of firmware,” is now desperately trying to reinvent itself as a software company via hugely expensive networking software suites. Exhibit A is the Cisco DNA Center automation framework, which can easily run into many millions of dollars to support even a modest-sized deployment. I almost hate to break it to Cisco that open networking now has a $10-per-switch-per-year solution in Pica8’s AmpConTM automation framework for open white box switches that does much the same thing.

Amazingly, Cisco seems to think its enterprise customers won’t realize its luxury-tax software bundles like DNA Center and StealthWatch are as much vendor lock-down programs as anything else. Customers do, of course, and there are plenty of “look, the elephant is tip-toeing down the hall again jokes” flying around.

In truth, as one of Cisco’s earliest and biggest promoters, this inevitable Cisco Colony Collapse is not particularly comfortable to witness. For me, one of the final nails in the coffin was the recent departure of thousands of Cisco’s best-and-brightest long-term employees in a combination of early retirement packages and layoffs. Anyone reading this post knows full well the “Check Engine” light is pretty much always lit in a large network, and Cisco, already under fire for lagging support, just said goodbye to many of the people who could respond despite its Covid-times pledge not to do that.

In the early days Cisco could be thought of as the Burning Man of the networking industry — brash, innovative and responsive to the cultural and business trends. Now it’s more like Disneyland — bloated, expensive and full of customers waiting in very long lines.

In closing, in addition to the Wabi reference above, Japanese aesthetics also embraces an element for “things that have lost their power,” such as the retreating figure of a sumo wrestler who has been defeated in a match. When I view what Cisco has become, this is the cause of the “benthic sadness” referred to in the title.