Why the Lights Just Dimmed at Cisco 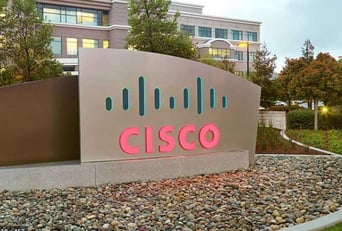 In a clear echo of IBM’s ultimately futile efforts to cut costs in the early 90’s, October 5 was a watershed day for Cisco as over 2,000 of its best, and most senior, employees across the company took early retirement packages —technically, the Cisco Elect Program — and handed in their badges.

We’re talking software engineers, SEs, TAC personnel, sales directors, product line managers, account managers, the works — most with over 20 years tenure at Cisco. Some of them had been with the company so long that I was actually their hiring manager at Cisco, and I left in 1995! As one member of the new diaspora put it on social media this week, “A lot of great talent that made Cisco is headed out the door today.”

This new, diminished Cisco is worth a closer look.

The people that “made” Cisco, who understood and represented its best interests, and who were trained in true customer advocacy, are leaving — in droves. And the 2,000+ that are now gone are just the beginning of this most recent talent outflow. In total, Cisco extended the ER (early retirement) offer to almost 7,000 of its top people. Many — perhaps most? — of the remaining 4,500+ who did not accept will now wait to see if they survive the coming layoffs that will be needed for Cisco to meet its stated goal of $1B in operational costs savings that Cisco told the Street about in August.

There are two main themes roiling the Cisco alumni social media feeds about this event. One is the parallelism to IBM that I mentioned above, or, as another member of the diaspora stated, “It’s kind of sad to see Cisco playing the IBM game of layoffs and firings.” The other, far more dominant comment, is “there is life after Cisco.”

While “There is Life After Cisco” is largely expressed in the forums as a form of personal encouragement for those who took the ER package perhaps less than willingly, it’s a phrase that current Cisco enterprise customers should also take to heart. With somewhere between 2,000 and 7,000 of Cisco’s best out — or on their way out — Cisco will be a less capable company when it can least afford to be. If you weren’t happy with Cisco responsiveness and support before, you don’t need me to tell you what’s coming.

It’s fairly well accepted that Cisco already missed the overall industry pivot to the Cloud — and to Automation — so there’s obviously plenty of “life without Cisco” going on there. Now the combination of open networking and white box switching are proving to be an existential threat to Cisco both in the data center and, more recently with the strategic tie-up between Pica8 and Dell Technologies, in their home port of enterprise campus and access networks as well.

If all 7,000 of the ER-targeted people do end up leaving, that will represent about a 10% reduction in Cisco’s overall workforce, a not uncommon number for Cisco to eliminate in the past. But, historically, those earlier reductions were for their worst performers, not their best.

October 5, 2020 — a day that will likely be long remembered at Cisco. First, the company lost a $1.9B patent infringement case to a Virginia-based security company called Centripetal, and second, thousands of its best and brightest exited Stage Left.