Cisco the Younger vs. Cisco the Elder (In the enterprise, no one can hear you scream.) 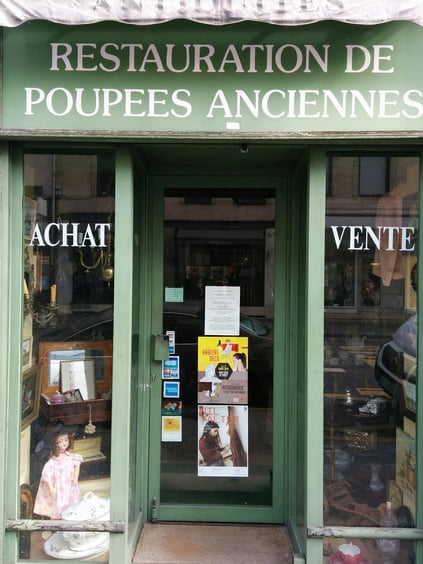 (Note: This post was started well before the current pandemic disrupted all our lives, but as most of us are now working in isolation a -- hopefully -- entertaining read can only help, so. . .)

In an earlier post, we looked at how a young and energetic startup called Cisco successfully displaced a complacent IBM as the #1 vendor for enterprise networks back in the early 90’s, and then, as Cisco grew, morphed into IBM Version 2, complete with its own shiny-new all-blue logo that pairs nicely with its legendary strong-arm account control tactics. (However, before moving on, we should probably complete that musical-chairs analogy by saying that, in turn, IBM has gone on to become, well, the new NCR. It’s still big and it’s still there, but no one is quite sure what it’s for anymore. In short, as Cisco enters late middle age, IBM is looking for its slippers.)

In the early -- and admittedly exciting -- days of Cisco, Cisco not only had a vision, but a well-defined contrarian vision totally at odds with myriad other networking “visions” that were being presented in VC conference rooms up and down Sand Hill Road. The “others” predicted the future world of networking would be all blue -- or all green, or all red -- with one protocol coming out on top.  Cisco said, nah, it’s going to be a rainbow, get used to it, you need to support them all.

Cisco was right, of course, and steamrolled the competition. But as they continued to grow at an unprecedented pace, the law of big numbers eventually kicked in, the vision blurred, and they started to lose the thread.  When did they start to go off piste? The first signs I saw came at Telecom ’99 in Geneva. There, Cisco paid for massive display ads touting their new “Empowering the Internet Generation” theme, ads that literally covered the sides of tall buildings as you walked to the convention center. As Cisco’s ad exec at Goldberg Moser said at the time, “We wanted to focus on the power of the Internet and to evoke a real sense of humanity.”  Wait, what?  Empowering humanity through better IP packet forwarding?  Say that again?

OK, clearly marketing can whiff badly -- $30 million in TV ad spend and pictures of giant children on the sides of buildings in Switzerland, for example. But what about all the product innovations that Cisco brings to market? Sadly, that ship largely sailed long ago. The Big Bang of innovation that sustained Cisco for so many years after the company’s IPO in 1990 eventually lost steam and was replaced by what became informally known as the Cisco gladiatorial school of product development. It went something like this: “Let’s fire up a couple of internal development teams, put together a joint venture, invest in some startups, possibly make an acquisition, point them all in the same direction, and then re-visit the playing field in six months to a year. We’ll double-down on whichever one is ahead and disband/shut down the rest.”

Over the years, of course, acquisitions -- and their more ethically “fuzzy” spin-out/spin-in brethren -- increasingly dominated the Cisco landscape, but they had always been a favorite tool. For example, if one DSL modem acquisition is good, two or three are probably better as it increases the odds of owning the one the carrier-du-jour will select. Two decades later nothing has really changed. We’re not quite at the “How many Cisco SD-WAN solutions does it take to screw in a light bulb?” joke stage, but it’s still early days.

Cisco the Younger was a robust and innovative problem-solving company and well deserved both its market success and customer loyalty for many years. But today, Cisco the Elder, after inadvertently terraforming the enterprise networking market with all-of-these-things-are-just-like-the-other network templates, bears little resemblance to its cheeky former self. (In an earlier post, for example, I detailed the cult of complexity that Cisco depends on as an integral part of its business model and account control.)

But even in a world that has literally been turned upside down of late, it’s increasingly difficult to justify staying with the “Olds” simply because they are a more known and “comfortable” option. To be sure, relationships absolutely matter, but so does innovation, competitive differentiation, radically reduced cost, operational simplicity and concierge-like service. With the exception of operational simplicity, Cisco the Younger had all of these at one point, but that baton has now been passed on to the world of innovative open networking vendors like Pica8 and Dell Technologies.

In this open world -- fully backward-compatible with the legacy infrastructure, BTW -- customers of the Olds are increasingly opting for the red pills now, particularly as large enterprises all recognize that massive six-figure software “solutions” like Cisco DNA Center are as much poorly disguised lock-in programs as anything else. Pica8, for example, offers an escape hatch from that particular prison via a fully comparable Cisco DNA Center alternative for campus and access open networks that costs about 1% -- not a typo -- of what Cisco would charge. Now free to choose a fully viable 100% open networking alternative for their enterprise campuses for the first time, that’s exactly what customers are doing.