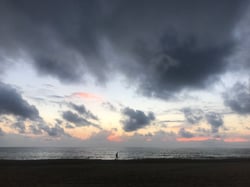 Having clearly reached that “Get Off My Lawn!” stage of a 30+ year career in networking, over the next couple of months I’ve decided to share some unfiltered “insider” observations about how Cisco turned from its late 80’s IBM-killer roots, with its well-earned reputation as the liberator of enterprise businesses around the world, to, well, IBM redux.  Even separated by 30 years the parallels are obvious, but here they are: “Massive company owns the global enterprise networking market; sells its customers identical undifferentiated, proprietary solutions (with baked-in obsolescence); charges ever-increasing and often tear-inducing fees for software and maintenance; leaves customers desperate for an alternative.”

In 1989-1990, Cisco, when it had about 100 or so employees, was that fresh alternative.  Any customer/prospect technical question that came in was jumped on immediately, often to the chagrin of management, by multiple people in engineering and support offering opinions (competing at times) on exactly what action the customer should take, but it was all about listening to the customers and doing right by them – and it worked like a charm. This pervasive customer advocacy philosophy was critical to how Cisco persuaded large enterprises that firmly believed back in 1989 “you can never be fired for buying IBM” to, well, not buy from IBM anymore.

As Cisco grew meteorically, “a dollar a day increase in the stock price is all we ask” was a not uncommon hallway mantra, and we held at least three “annual” stock-split “parties” during my tenure.  Add to this the fact that the man at the helm through most of Cisco’s run, John Chambers, came to the company from IBM sales where he was extremely well-schooled in the art of IBM-style account control, and it’s no wonder that even Cisco’s logo has evolved to an all-blue color scheme today.

Cisco’s hegemony in the enterprise campus networking market has, up until now, never faced a real existential threat, certainly not from the other legacy network infrastructure vendors like Juniper, Arista, HP/Aruba, or, going even further back in time, Wellfleet and 3COM.  A customer contemplating a move from Cisco to any one of them is simply trading neck collars.

But, make no mistake, enterprise customers are well aware that buying into “solutions” like Cisco’s DNA Center will commit them to another decade of usury and servitude.  (A later blog in this series will detail how Cisco embraces product complexity as a deliberate business lock-down strategy.)  As a result, more and more Fortune 500s are actively looking for a Cisco escape path.  As one proof point, I now have a growing number of LinkedIn connections at these companies whose primary job charter is to find and implement Cisco replacement alternatives across the board, including SD-WAN solutions, switching infrastructure, wireless infrastructure and so on.

So, who’s around to play the 1990 Cisco “spoiler” role in 2020?  Broadly speaking, after a bit of a jerky start caused by overly ambitious SDN zealots, the answer lies in open networking, and, more specifically, the open networking enterprise company, Pica8.

For years now, Pica8 has been the only open networking vendor to focus exclusively on solutions for large enterprise campus and access networks.  As one of the first 100 employees of both Cisco and Pica8, my days are now awash with déjà vu moments.  I see the exact-same drive and responsiveness to solving enterprise-customer problems at Pica8 today that I once saw at Cisco 30 years ago.  In ’89 IBM was telling its customer base that routers simply weren’t necessary, and Cisco basically has the same mantra about open networking when speaking to its current customers.  (It does occasionally pay Wizard of Oz-like lip service to being “open” in public forums, of course.)

As we all know, Cisco did prove to be the existential threat for IBM’s then-dominant networking business, changing the enterprise networking landscape forever.  Now open networking has a legitimate shot at doing the same.  In a sense, Pica8 and open networking have an easier path forward than Cisco did because Pica8’s brownfield deployments into Cisco accounts today are fully interoperable with existing network infrastructure, which was not the case when Cisco tried to sell into IBM SNA accounts back in the day.  If they so choose, customers can simply insert Pica8 software running on open switches from Pica8 partners like Dell EMC into the network of a single building, a floor of a building or an entire campus, knowing that it will all interoperate with the rest of their operational network.

Eventually, due to increasing customer pressure, IBM was forced to admit that routers should, indeed, be part of their networks, and that admission opened the floodgates to change. Time will tell if we see a repetition of this type of acknowledgement vis-à-vis open networking.