Is The Global Chip Shortage Disrupting Your Network Upgrade Plans? Pica8 Might Be The Key to Your Network Challenges 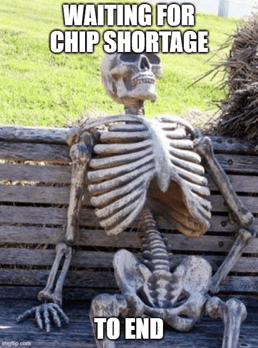 While the global recovery from the pandemic is still underway, one direct problem many CIOs, network operators and systems integrators are facing is the disruption of the global supply chain for microchips and other silicon products. Industry stalwarts are taking to press and forums such as Reddit to highlight the ongoing issue of increasing lead times for product and looking for solutions from their peers in the industry.

Just this week, Arista published a statement with lead times of up to 60 weeks for campus, routing, switching and data center kits, as covered in The Register. Read the full story here.

Reddit user UniqueArugala posted, “Nearly a year ago I posted this topic about Cisco lead times blowing out. Things seem to have gone from bad to worse and it’s now almost impossible to get any sort of gear. I’ve had an order in for a bunch of 9200Ls and various routers since January which had an estimate of end of April which has now blown out to mid-July. I spoke to one of my suppliers today who said if I don’t have any orders in by the end of this month to not expect anything this side of Christmas.”

Reddit user Keep_Doing_It posted: “I'm sure you all see it or hear about it. there is a shortage in silicon (integrated circuits, not the actual mineral). and there is one (at least) in every network box out there. it's the CPU, the GPU, the NPU, the NIC, the chip on your optical transceiver... it's the whole network... whether you build your own network or take your business to the cloud, fixed or mobile, open or locked, disaggregated or monolithic. lead time for delivery looks bad. Rumor is that an order placed in Q4 of 2021 will be delivered in 2023 (yes. 2023).”

With the increase in network demands for virtually every technology organization during the pandemic, delaying and/or cancelling scheduled upgrades in capacity and features will not be an option. “How are things elsewhere or with other vendors? It pains me to consider moving away from Cisco but I can’t exactly tell my bosses that we can’t build a new site or hire new employees because we don’t have the network infrastructure,” said UniqueArugala. 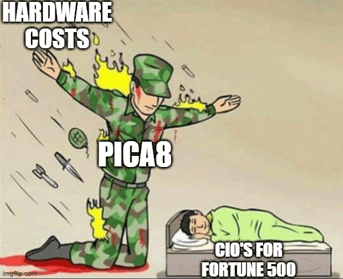 Pica8, the software Cisco, might be the answer to upgrading questions in this supply shortage. Pica8 software on white box switches can provide switching and automation features typically found only on Cisco products while running on your choice of white box hardware. By utilizing industry standard generic hardware, Pica8 customers are not suffering the fate of single vendor lock in.

“…likely biggest, issue is introducing white boxes into the network. There aren’t many enterprises worried about network costs that don’t have a current, running, network built on proprietary devices. There are probably fewer who will fork-lift out their current network technology to use white boxes, so white-box switches and routers will have to be incorporated into a network likely built from proprietary devices. That introduces a cultural problem and a technical problem,” wrote Tom Nolle.

Pica8 customers are finding these upgrade rewards, and with support services offered as a single point of contact via Pica8, administrators won’t be saddled with infinite hold times troubleshooting different layers of support.

Please get in touch to learn more today.

Kelly LeBlanc is the CMO of Pica8.