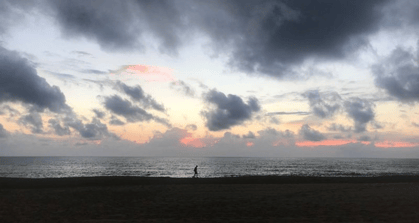 As we are entrenched in what seems like week 42 of the Covid-19 crisis, with many weeks of uncertainty ahead, I can’t help but think what IT groups are going through in dealing with this and what the road ahead may look like.

On the one hand, I suppose Job One right now is simply dealing with the crisis. Literally overnight the number of employees working from home skyrocketed to nearly 100%, at least for those whose jobs are conducive to it. The same goes for schools, both K-12 and institutions of higher ed. That means a Herculean effort in outfitting employees, students and others with appropriate tools – laptops, secure connectivity, collaboration tools and the like.

K-12 schools are a great example of this. Think of the family with 3 school-age kids at home, all of whom now need a device to connect to an online classroom. Some districts are taking Chromebooks that are sitting idle in schools and delivering them to students who need them – by school bus, since the buses are still under contract but are otherwise largely idle. (Schools are also using buses to deliver lunches to those who need them – another great idea.)

Organizations of all stripes are likely dealing with a huge spike in support requests from folks who aren’t used to dealing with virtual private networks, virtual desktop infrastructure or virtual anything.

As of this writing, there’s no telling how long this initial “survival” phase will last but we’re quite obviously not going to come out of it overnight. Business is cyclical by nature and I’ve seen enough of these cycles to know that this, too, shall pass, as they say. So, for now, yes, by all means do what you need to do to get your organization through this initial phase of the crisis.

With Covid-19 creating what is effectively a global Zeitgeist to re-examine many long-standing and unchallenged beliefs and assumptions across all of society, I expect in technology we’ll see a re-assessment of prior enterprise networking assumptions and plans as part of that process. Budgets will obviously need to be re-adjusted to reflect both new realities and newly informed and revised priorities.

It’s not all doom and gloom, however. Investments in strategic initiatives like digital transformation and supporting technologies will likely still make good business sense. That’s certainly what recent research from IDC indicates.

“Enterprise respondents to a global survey identified expected cuts in spending on traditional technologies including PCs, mobile devices, server/storage infrastructure, and IT services, but were more optimistic about their ability to keep funding investments in cloud and new technologies including artificial intelligence (AI) and the Internet of Things (IoT),” IDC says.

That makes total sense to me. AI and IoT are technologies that can deliver good business value. That was true before the pandemic and it won’t cease to be true because of it.

What was also true before the pandemic is that many network groups were stretched thin, with not enough experienced network technicians to keep up with what was already bourgeoning demand at the edge. With the demands of digital transformation nonetheless bearing down, they were turning to automation to help them keep up (a topic covered in this previous post).

I suspect automation will continue to be a crucial component as network teams dig out of the current crisis and get back to delivering on strategic initiatives. At that point, they may well be facing new budget realities.

I’ve seen what automation can mean for Pica8 customers, how it enables them to truly “do more with less” and grow their networks without corresponding increases in staff – and using far less budget than legacy vendors demanded.  (And in this extraordinary world brought on by Covid-19, it has the added benefit of requiring less travel and face time to deploy and manage networks.)

In fact, we wrote a white paper that paints a picture of what life can be like with an open, white box network using the latest in automation tools. The paper is called, “Simplifying Network Operations through Automation and Open Networking,” and it seems quite timely right now. Give it a read and hopefully you’ll agree it shows there is a way forward and a light at the end of this tunnel.