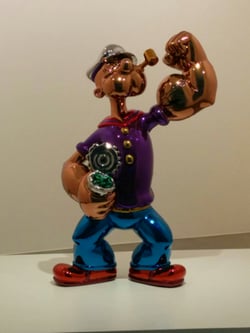 It’s clear that IT automation is happening at enterprises around the world.  But there are lots of areas within IT.  Which are organizations automating first, which are last, and what’s next on IT’s automation playbook?  To find out, Pica8 commissioned ReRez Research of Dallas, Texas to survey 200 Senior IT managers in the U.S. and Canada to learn more about how IT is embracing automation in different areas.

We surveyed all areas of IT, but skewed senior-level with a third coming from IT executive roles and 59 percent coming from IT management.  We reached all sized organizations from SMB to large enterprise, and across a wide range of industries.  The survey shows IT is laser-focused on IT automation.

Seven of eight respondents (88 percent) see IT automation as being somewhat to extremely important to their organization.  That places it ahead of AIOps, edge computing and robotic process automation.  But engagement varies by IT domain.  Cloud and data center are the most advanced (93 and 90 percent say they have completed automating these areas).  Mobility is the least advanced at 43 percent complete.  Remote office seems to be the current front, with 63 percent already automated and 37 percent discussing or in trials.

What’s driving IT automation?  It varied by domain, but Digital Transformation was the biggest driver across the board.  Think about it— if you’re spending billions to build the computing infrastructure required to transform how you interact with customers, you’ll need an agile IT function.  Just as automation brought agility to how organizations deliver software, automation will deliver extreme IT agility.

What are IT’s goals as they automate?  Once again it varies by domain.  When IT automated the data center they were shooting for faster deployment, accuracy and being able to troubleshoot problems faster.  For cloud it was faster deployment, improved security and staff reduction.

But what about automating remote locations?  Here we saw some important differences.  First, improved security tops the list.  That makes sense when you consider that IT has little to no presence in remote sites and that remote offices are a soft target for bad guys.  Automation is an effective way for IT to enforce good security hygiene.

Second, IT seeks to reduce staffing.  At first this may seem counterintuitive, as IT presence in remote sites is already low.  But that’s the point.  IT needs to handle their growing remote site tasks without adding staff.

And finally, IT seeks to improve compliance in remote sites.  This is a corollary to their security goal, where IT’s thin presence leads to sloppy practices and, ultimately, compliance violations.  Automation can address this.

Our survey shows that digital transformation is driving IT’s focus on automation, especially how they manage automating remote sites.  They are clear about desired goals, and IT automation efforts are well underway.

In my next post, we’ll discuss the challenges IT faces in their automation efforts and provide some advice on how best to proceed with your IT automation initiatives. If you want to jump ahead and read the survey results yourself, click here: https://www.pica8.com/resources/it-network-survey/