Cisco No More: The Open Approach to the Edge Network Upgrade Imperative 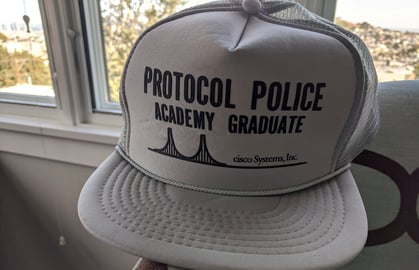 Network traffic patterns that have essentially flipped amid the COVID pandemic, paired with already growing network demand, are exposing the cracks, limitations and security flaws in aging enterprise edge networking equipment. But a solution is at the ready: disaggregated, open, white/brite box networking.

As discussed in my last post, COVID has basically destroyed the enterprise network world order in a matter of a couple of months. Networks built to handle traffic that was mostly generated and transported within their company buildings now have to accept traffic coming in from all over. Essentially, this means we are redefining the network edge. It’s no longer a series of branch offices, retail locations or the like; it’s employee homes, or even individual people, wherever they may be.

Most of us have had speedy Internet connections in our homes for some time, but COVID is stressing even them. If you’ve got a family of four at home, with two kids connecting to virtual classes and the parents working remotely, you may well have four video conferences going at once. That has lots of families looking to bump up their Internet connections from 50M or 75M to 1G – a more than 10-fold increase. The advent of 5G cellular networks will create additional stress, from anyone anywhere with a 5G-capable mobile device. Welcome to the new network edge.

In response to my last post I received an interesting note from a technology professor/IT professional at a Canadian college, who wrote that for the past couple of years, more than 90% of the campus server traffic generated by the school’s 25,000 users went to the cloud. “Since March, 95% of that traffic disappeared from our campus net,” he wrote.

While that relieved some headaches for him, it means cloud service providers have to shore up their networks to handle this new onslaught of traffic. The same goes for corporations that have employees working at home connecting to headquarters, often via virtual private networks (VPNs). Raise your hand if you had to scramble these past few months to dramatically increase the number of VPN tunnels your edge switches can support.

But it’s not just the pandemic that’s putting stress on the enterprise network edge. Consider these trends that were already in full swing before anyone ever heard of COVID-19:

So, COVID is only serving to accelerate a movement that was already in the making: a massive upgrade of switch capacity at the consolidating network edge.

Now, I’m sure Cisco would be happy to sell you pallets of its proprietary switches and management software, all at its obscenely inflated prices. Or, you can investigate the world of open, white/brite box disaggregated networking, and invest in the next big thing in networking.

In this world – all proven and backward-compatible with its Cisco ancestors – you’ll find open, Linux-based network operating systems that run on your choice of leading-edge hardware. That’s where the white/brite box bit comes in – choose brite box hardware from vendors like Dell Technologies, Edgecore Networks, and more. White box switches have no brand name attached; brite box switches do, and they come with Tier 1 global support options. Either way, these disaggregated switches will cost you far less than a comparable switch with the name “Cisco” or “Juniper” attached, and which probably came off the same production line. And you’ll find 1RU open switches with 48 ports of 90W PoE and 10G-capable Multigig. Serious capacity – with serious bragging rights.

You’ll also find you have NOS options that are, again, backward-compatible with your legacy infrastructure and have all the features you need, including zero-touch provisioning. One such option is PICOS, the open Linux-based NOS from Pica8 for access and campus networks. Combined with Pica8’s AmpCon automation framework, which costs a mere $10 per switch per year, you can set up dozens or hundreds of edge switches in virtually no time – for a fraction of what you’d pay Big Blue Jr. You’ll also find ongoing operations to be far simpler, delivering additional dividends every day.

All this also pairs well if you’re looking to upgrade your network edge with SD-WAN solutions. In Open Network Land, in 2RUs you can replace your old edge routers, add a next-gen firewall VNF and have the 48-port PoE monster switch above firing up dozens of new WiFi 6 access points while you also replace racks of dusty switch stacks with the latest switching silicon out there.

If this sounds enticing, and I can’t imagine why it wouldn’t, you can learn more by downloading our recent white paper, “An Enterprise Approach to White Box Networking.”  Here you’ll learn there are proven, viable options to addressing the edge upgrade imperative other than forking over even more money to the likes of Cisco or Juniper.