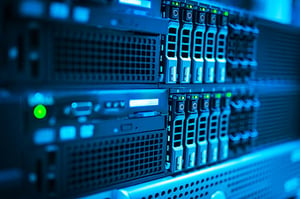 One thing that's clear from recent events is that the "alternative" path for network infrastructure refresh and build-outs - disaggregation - has just become exciting again due, in part, to AT&T's recent announcement of the company's dNOS (disaggregated Networking Operating System) initiative. Actually, prior to this proposal the fact that Pica8 and Cumulus - the only two pure open-standards-based NOS vendors in the market - combined have close to 2,000 current customers running on common hardware suggests that it's been pretty exciting for some time now.

But AT&T's new proposal does present us with a perfect opportunity to finally throw a bright spotlight on the palette of Fake News that has been tossed around the industry about disaggregated networking solutions and white-box networking in general. Of course, the elephant in the networking room is always Cisco, so let's start there to see why AT&T pushed out this proposal in the first place.


Over the years, Cisco has successfully stared down any real threats to its account-control-plus-per-hardware-port-revenue business model, building itself up to the hegemony that it has today and, in the process, inadvertently laying waste to its customers' ability to innovate in their own market segments based on differentiated network services. (As one of Cisco's first 100 employees, I can speak from experience here.)

But today's disaggregated networking solutions are something very different - so different that they now represent the first existential threat to Cisco's business model. This threat is clearly outlined by dNOS, which, at its heart, is a gut-punch
aimed directly at the legacy networking vendors - albeit a politely worded one - because it claims that AT&T now wants to replace 100,000 interconnected IP/MPLS routers with white-box networking hardware and software.

Why? The Cliff Notes version is that AT&T's dNOS position paper
(http://about.att.com/content/dam/innovationblogdocs/att-routing-nos-open-architecture_FINAL%20whitepaper.pdf) says that tightly coupled networking hardware and software offerings are simply standing in the way of long-overdue network innovation. (A less politely worded variant of this notion comes from a technical director at Electronic Arts in a recently published dNOS analysis in The Register, saying "such vendors [Cisco et al.] are better at buying lunches than building networks.")

With dNOS, AT&T has become the now-visible tip of a rather large global iceberg. At Pica8, for example, we are currently working with multiple carriers to replace proprietary switching and routing equipment with high-performance white-box switching hardware and L2/L3 and intent-based, open-standards-based NOS software. (We are engaged in the same transition with large enterprise vendors, but that's a topic for another day.)

The Fake News that disaggregated networking solutions are somehow not quite ready for prime time can now safely be consigned to the dustbin of history. The white-box hardware component alone - manufactured by the exact same companies that provide Cisco, Juniper and Arista with their kit - is, in most cases, actually higher spec'd and more reliable than that of the name brands. (For example, dual power supplies are the norm and the cost savings are such that customers can deploy two switches for an additional layer of redundancy for less than the cost of a single, highly discounted new legacy switch.) And Pica8's PICOS™ NOS software - based on the very stable Debian Linux release - that runs on this hardware has been hardened over many years into a production-quality product for network users. (Contrary to other Fake News stories, Pica8 also offers 24x7x365 global support for enterprise PICOS deployments on this hardware.)

By their very nature, disaggregated solutions are here to disrupt the massive networking market that spans everything from data centers to operators to enterprises and now to access networks (even down to retail storefronts). White-box switching hardware, for example, simply evolves far faster than sheet metal that is tightly coupled with legacy switching software. The cost savings inherent in these solutions - typically north of 50 percent CAPEX and OPEX - is almost a by-product of the real value proposition for telcos and enterprises, which is that they enable a variety of software solutions to be optimized for a variety of markets.

While some of the above may echo the mixed messaging from the old SDN/NFV world, Pica8 has taken a unique, practical approach that allows both traditional L2/L3 control and OpenFlow (intent-based) control of a single data plane. At Pica8 we marry all the innovation and value inherent in intent-based networking - the driving requirement behind dNOS -- with proven L2/L3 capabilities on any or all ports of PICOS-run switches. To paraphrase an old TV advert, Pica8 is "Two Mints in One!"

Are there problems with the dNOS initiative itself? Of course there are.

AT&T has overtly designed dNOS to fit the needs of its own massive network. (They would also probably like to own the software at the end of the day if they can - a bit of 70's nostalgia?) But it's obvious that AT&T's well-intentioned effort here will take years to fully define and implement. And that's completely understandable given the huge scale of their network.

If the industry as a whole elects to wait for dNOS to come to fruition, Cisco's hardening of its customers' networking arteries - like those at AT&T -- will continue unabated. But if enterprises and telcos sporting more normal-sized networks want to emulate AT&T's embrace of open, disaggregated solutions at a scale that's right for them today, then Pica8 can make that happen.

Commercial, open-networking disaggregated networking solutions have already moved well past any requirement for Open-Source projects to prove their viability. Today, customers can already purchase -- and/or upgrade to -- inexpensive, powerful and reliable hardware with a choice of NOS software vendors to run on it. This represents the very definition of "open networking" solutions, where a business is never tied to a single hardware - or software - vendor.

Pica8 welcomes AT&T's dNOS effort with open arms. When, and if, momentum for L2/L3 dNOS solutions become a reality, Pica8 will be happy to add it to our list of supported control planes. That being said, it's important to remember that, at the end of the day, businesses do not run on ecosystems; they run on solutions. Disaggregated networks are no longer an "alternative" networking architecture. They are the new Best Practice.

[Jeff Paine was Cisco's very first marketing hire and inventor of both the now-ubiquitous router icon as well as the name iOS for branding Cisco's own NOS software, or, more precisely, "firmware" back then. He deeply regrets not maintaining some small residual rights to the latter.]