To Stack Or Not To Stack: A Question Now With Two Answers 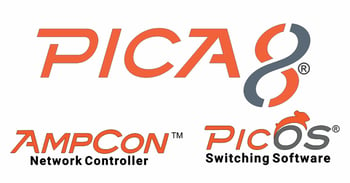 In networking, the term “stack” (or stackable) refers to a group of physical switches that have been cabled and grouped in one single logical switch. Said stacking features gradually transitioned from a premium point solution to a core capability (commodity?) for pretty much the lot of enterprise campus switch portfolios in an already crowded market. Once upon a time, Pica8 introduced a form of stacking capability in PicOS (release 3.4 and earlier) to satisfy the market’s appetite though during that process saw the emerging availability of alternative approaches using MLAG and leaf/spine arrangements. Many of the stacking advantages dissolved as we conjured the new mouse trap. Let’s dive in a bit, shall we?

Let’s start with the top reason people choose stacking: simplified management. I took the liberty of researching the major networking blog sites seeking wisdom from the stacking community themselves, and it did not disappoint. The overwhelming preponderance of posts promoting stacking was “Single IP Management”. Interestingly, there was no close second. Don’t get me wrong, there were #2s, #3s, and so on, so here’s the residual list:

So, let’s address the top dog first – single IP management. Can’t argue – I’ve been there many times myself administrating tens to hundreds to thousands of elements. Reducing that population is unquestionably a key strategy to reducing the nightmare. As I have mentioned in previous blogs, we have customers with PicOS-enabled switches in the thousands. So we get the simplified management part. A lot. Using our AmpCon Network Controller for automation we can essentially dismiss any concern about manageability scale. AmpCon will interact with every switch and ensure it is doing exactly what it should be doing.

If that’s the case, let’s assume for just a moment the management headache is gone. That opens doors to other possibilities.

The diagram below is a very basic representation of setting up switches in a leaf/spine arrangement which, we firmly believe, delivers – and exceeds – the requirements of a switch stack. First, every switch here is automated, so the single IP management thing is off the table. Buh-bye.

Second, the resiliency or path redundancy of a traditional stack is matched by using diverse MLAG-enabled paths between leaf and spine switches. By the way, there is no proprietary cable here to connect – these are industry standard connections. Let’s not forget latency in this arrangement remains optimized as well. That cannot be said for stacking. Yes, latency is important to the voice and UCS folks who want to run collaboration platforms and Zoom/Teams and IP Phones on your network. You’re welcome.

Upgrade? No problem, the process will entail each switch going down one at a time, promoting less disruption for the maintenance window. The stacking world – those same blogs – claim this is a hard network outage. Down it goes.

Oh, they also said the code sometimes breaks the stack, so you are also wondering whether the stack will come back – or not. In this scenario, you are isolating potential outages to a single switch. It’s not spray and pray. One bad apple can ruin the bunch.

If backplane capacity ever becomes an issue, leaf/spine will allow for simply expanding the MLAG arrangement to introduce another link. Done.

I can keep going here, but the point is rather compelling. We’re often asked about stacking so our response continues to track this train of thought. We are void of a proprietary control plane protocol, we have a scale strategy for both bandwidth and management, and we’re not paying prices we don’t want to pay for being locked into some Product Line Manager’s utopia of closet switching. Open Networking is showing more flare.

Sure, this approach has some downsides. It calls for fiber connections that may not exist between edge and core. It has our implementation of MLAG. I could probably come up with the same list as above but in the end, the drawbacks are somewhat immaterial in comparison to the overall benefit this alternative to stacking provides.

To stack or not to stack, that is the question. Contact us today to learn more about Pica8’s AmpCon Network Controller and PicOS Software Switches for your network requirements.

Mark Andrew is Senior Director of Sales Engineering for Pica8