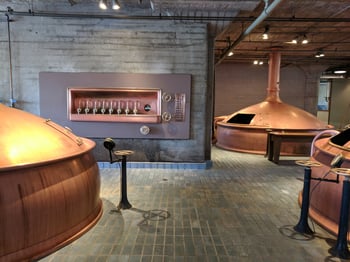 There are far worse ways to start 2021 than to be named a company with one of “The 10 Coolest Software-Defined Networking Tools of 2020” by CRN.com.

Even better, in these days of almost zero investigative technology journalism and pay-for-play marketing to get onto lists like these, it was a breath of fresh air to earn a spot on one of the endangered, merit-based “Top 10” lists where no money changed hands.

So, a big “thumbs up” to CRN for putting Pica8’s open networking ThresholdTM SDN architecture right up there alongside Cisco’s DNA Center, Arista’s Adaptive Cloud Fabric, and Juniper’s Contrail Edge Cloud (among others). To riff off an old E.F. Hutton television ad, we made the CRN list “the old-fashioned way — we earned it.”

CRN was motivated to put this list together because they foresee “a healthy growth outlook predicted for the SDN market for the next seven years.” Indeed, they should, as modern definitions of the SDN “market” no longer refer to the “over-exuberant” early SDN vision — and questionable business model — of replacing every network device on earth with the equivalent of a new flying car.

Instead, “SDN” has morphed into the more enlightened view of discrete and, often automated, control of network behavior and security policies, which is exactly what “SDN” should refer to. (Ironically, in the very, very early days — before the fervor of university academics hijacked the software/hardware disaggregation movement entirely — this is what SDN was originally designed to do. What’s old is new again.)

For the most part, this “new” definition of SDN also suits the traditional networking vendors just fine as they can now easily fit all of their proprietary — and uber pricey — software packages under the expanded SDN definition. This allows them to continue to sell generations of non-interoperable hardware — complete with built-in obsolescence — right alongside hugely expensive software suites, all without having to show any sort of even ephemeral roadmap involving SDN controllers, white box hardware, or open networking at all.

Pica8’s PICOS® network operating system — the foundational building block of the Threshold SDN architecture — offers automated deployment and lifecycle management and is interoperable with not only existing legacy networking hardware but also with all major network access control (NAC) systems, such as Cisco ISE and Aruba ClearPass. It is the only networking solution on the market to offer users simultaneous control of every switch port in a network, whether L2/L3 or SDN/OpenFlow. Not even the legacy guys can do that.

So, CRN, here’s a toast to you to start a bright New Year. And if you’d like to start your year by learning more about what a modern, open approach to networking looks like, download our white paper, “An Enterprise Approach to White Box Networking.”