SDN: Is Here to Stay

In an October 3, 2017 article published in Network Computing, titled: “SDN: Time to Move On,” Gartner Analysts report on the state of software-defined networking and advise enterprises to shift their focus. It has triggered some interesting conversation in the SDN field. As a leading player of SDN technology, we have received several inquiries for comments on the article. While the controversial title grabbed a lot of attention, it’s alarming to many and far from reality. More importantly, it differs from what Gartner reports have concluded.

From what we see in the market, SDN has already landed real use cases and built the momentum to change the production network. However, as Gartner expressed in the reports, we have seen two gaps in adopting SDN: It takes a long time for customers to adopt this nascent technology; and while SDN can be used to solve many imminent issues, it is not a panacea to all networking problems. 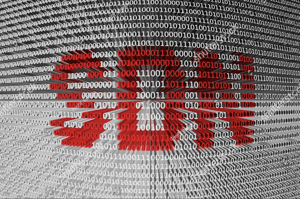 According to Gartner, "SDN started as a new technical architecture, but brought into light some valuable concepts that outlived the original blueprint," Gartner VP Distinguished Analyst, Joe Skorupa and Research Director, Danilo Ciscato wrote. The article also reveals, “The story's different in the Service Provider market, where OpenFlow, which became synonymous with SDN, gained significant traction.”

Our observation is that Service Providers and Carriers have built successful SDN use cases as have financial and government entities. We find many presentations from Google, Microsoft, AT&T, and Verizon describing their success stories of leveraging SDN to solve real problems, improve agility, and significantly reduce OpEx.

The Enterprise market, outside of Financial, has been the slow to adopt SDN. Traditionally, the Enterprise users are cautious about the network changes and have been dependent on Cisco and their application partners for more than a decade. However, we do see changes coming. While Enterprise SDN is still “crossing the chasm,” we are seeing significant take-up in Enterprise that began within the past year or two.

Among many SDN applications, popular apps we’ve seen to date include:

Pica8 agrees with Gartner that OpenFlow is not the solution needed in all networking situations. For example, consumers, SMB, or public spaces that use unprotected Wi-Fi. These applications need only the cost advantages of white box networking, and cannot leverage much from SDN.

That said, SDN OpenFlow does solve many difficult problems. With centralized management over flow rules, OpenFlow can provide dynamic and efficient policy management over distributed devices. The key challenge is to dynamically leverage OpenFlow, while keeping the legacy protocols to maintain the compatibility with the existing network. To conquer this barrier, Pica8 has invented CrossFlow, which provides OpenFlow capability on top of the legacy protocols to maintain the interoperability of overlay network and underlay network.

Gartner agrees that SDN, even though it cannot solve all problems, has paved the way for disaggregation of software from hardware, launching white box switches into the market. The vast benefits to Enterprises flow from automated activation of network elements, flexibility in hardware choice, lower cost, and freedom from vendor lock-in. Pica8 has held this position and delivered on this promise since its inception.

We emphasize the disaggregation of the network technology, building the ecosystem and enabling innovation. With PicOS, we ensure that network operators can maintain the current switching and routing practices on white box switches - while enabling innovation implemented in software.

We see Service Providers and Carriers have already moved onto SDN, and the transition of Enterprise networking to SDN has just started.