Cumulus - So Long and Thanks for all the ONIE 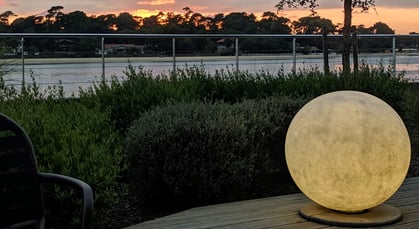 I must admit that watching the Open Networking market over the last few months has been a bit like standing on a bed of warm tofu -- fun, but pretty wobbly at times.  First, Big Switch found themselves acquired by Arista Networks some months back, so they have exited stage right.  Now, after spending copious amounts of Andreesen money on marketing since their launch, Cumulus Networks just found a very nice home -- and stuck quite a decent landing -- at Mellanox, just as it was being acquired by nVIDIA in turn.

First, at a high-level, the nVIDIA, Mellanox and Cumulus three-way makes them the poster children for demonstrating how open networking is not merely about technical innovation, but also allows for completely new technology players to integrate networking into a full stack. In this case, it allowed nVIDIA to extend themselves from being a “mere” GPU vendor, to one that will be looking to offer complete AI Cloud solutions in the future.

Next, if history is any guide, we can now fully expect to see more of these types of moves as other innovators and disrupters enter the market and more M&A enables technology players to expand both their solutions and their markets.  Warm tofu, anyone?

It’s worth mentioning that there is also a touch of irony here, in that while these two acquisitions are definitely reshaping the open networking landscape, it wasn’t actually networking, per se, that caused the three-way.  However, the networking component has made a good acquisition story even more compelling.

While Mellanox has long been in the open networking business with everything from its own ASICs to switches, Ethernet, optics, and its own Linux NOS, MXOS, this is not its primary business (or product line).  That would be NICs, specifically its BlueField SmartNICs, which is what appears to have caught nVIDIA’s corporate eye the most as Mellanox has been quite successful in the HPC and Cloud markets -- just ask Microsoft.

But on the open networking front -- a secondary but still important piece of business for Mellanox -- Mellanox and Cumulus have been increasingly tight partners for a number of years.  Mellanox has already been selling the Cumulus NOS in lieu of their own, particularly on the HPC side of the business where having a Linux OS is quite appealing.  By outright acquiring Cumulus, Mellanox gets to retire MXOS and focus, instead, on Cumulus NetQ and the company’s deeper set of tools and features to produce scaled-up Ethernet fabrics using BGP and EVPN to start Mellanox down the SDN path for the data center.  Viewed through this prism, it was probably cheaper -- and faster -- for Mellanox to buy Cumulus for its superior tools and software as the basis for an SDN strategy rather than try to develop its own.

How about that? In the end, even though Cumulus -- unlike Pica8 and Big Switch -- had nothing to do with SDN and OpenFlow when it was on its own, it was ultimately their ability to help a larger company produce an SDN strategy that likely put them over the acquisition line.  SDN has clearly found its place -- what’s old is new again, yes?  The data center (Cumulus) -- and backbone -- need comprehensive open networking automation every bit as much as enterprise campus open networking does (which is what our new AmpCon automation framework is all about).  And the market success of Big Switch, Cumulus and Pica8 in this space clearly demonstrate that the new best practice to deliver all of this is by the surgical application of control/security/automation via SDN technology, rather than the current legacy-vendor brute force, big systems/big iron model.

Another positive thing these acquisitions have done is to provide a needed burst of clarity into the open networking software ecosystem itself. It will quite likely ring-fence Cumulus back into its historic data center business.  Why? On average, large acquisitions are given about three years, at most, to prove themselves.  Without a doubt, the clock is already ticking on the $7B nVIDIA investment to prove that this move to take on the data center and AI cloud markets is going to pan out.  Tick-tock.  It’s the data center or bust.

So, while nothing will change immediately in the market, the repositioning of Cumulus as a data center solution does unblur some lines that were beginning to get a bit fuzzy, leaving a healthy, and clearly delineated, set of proven open networking software options for white box and brite box switch providers like Dell Technologies and Edgecore to offer customers looking to modernize their networks.  These include SONIC for hyperscalers (and large data centers); Cumulus, SONIC, and Dell Technologies OS10 for data centers; Pica8 for large enterprise campus and access networks, IP Infusion for Telcos; and Fastpath (from Broadcom) for SMB open networking deployments.

So, while we at Pica8 may have started this whole white box open networking craze -- we were first to ship an open Linux OS atop a white box switch at the dawn of 2012 -- we should all take a moment to thank Cumulus for contributing ONIE, the Open Networking Install Environment, to the ecosystem. ONIE is a critical open source technology that all of us in open networking rely upon, whether we’re selling to data centers, hyperscalers, or enterprise campus and access networks.  So, a final tip of the hat to Cumulus for that one as they enter their brave new world.