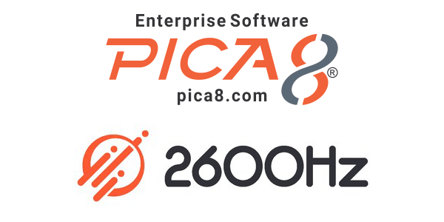 2600Hz is a telecom services provider delivering cloud communications solutions to MSPs, ISPs, and telecom resellers. 2600Hz’s platform KAZOO modernizes how businesses provide communications services to their customers. With thoughtfully engineered tools built by leaders in the telecom industry, KAZOO offers feature-rich Unified Communications as a Service (UCaaS), Communications Platform as a Service (CPaaS), and Call Center solutions. Using the sleek interface, users can create, edit and manage phone systems without being telecom experts. For developers building their own telephony apps, 2600Hz offers 300+ open APIs and access to the building blocks of the platform. Whether it be voice, mobile, video, fax or SMS, 2600Hz simplifies and opens the cryptic black box of telecom.

2600Hz is privately held and is based in the San Francisco Bay area, with international offices.

2600Hz had standardized on Edgecore equipment with Cumulus before NVIDIA acquired Cumulus and stopped supporting Broadcom. 2600Hz wanted to stay on an open networking platform to avoid lock-in. 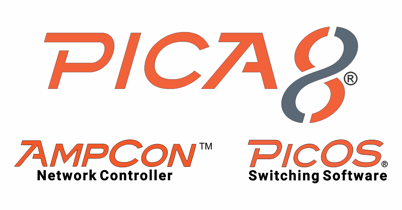 2600Hz uses PicOS in both Top-of-Rack (TOR) and aggregation switches. The use cases are standard Data Center Networks where TOR uses MLAG for high availability and aggregation layer requires L3 routing. For the TOR layer, the MLAG features must provide maximum LACP flexibility, including LACP fallback and fast mode, to allow various servers to enable PXE boot and fast fail over handling.

When asked about the decision process of choosing Pica8 during the evaluation stage, Tyler Kiziah, 2600Hz DevOps Manager, pointed out that support of open networking standards was crucial. “Orchestration with Ansible was the decisive factor in choosing Pica8. It is very similar to Juniper Junos. Anyone with Junos experience will easily make the transition to PicOS with minimal training,” said Kiziah.

Kiziah also shared his experience migrating from Cumulus Linux to PicOS. The migration itself was done easily, and usability was intuitive. He highlighted the role of Pica8 Support in the transition process: “Pica8 Support has been extremely helpful to introduce features that the network depends on. LACP Fall Back is an example. This made the transition from Cumulus to Pica8 easier,” said Kiziah.

2600Hz has been running Juniper Junos before, so the minimal learning curve between the two was especially important.

Additionally, “PicOS integrates with 2600Hz’s product offerings such as Self Sign-up. PicOS is very easy to use,” said Kiziah.

ROI will become greater over time with tighter integration of Pica8. For example, they are considering AmpCon for automation to eliminate manual changes and other mundane routine tasks.