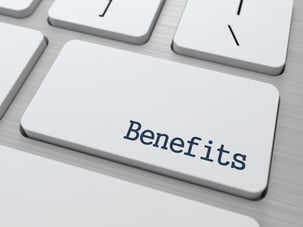 If your network, like most, is growing in size and complexity, perhaps it’s time to consider whether the traditional three-tier network architecture has run its course. It’s becoming apparent that a flatter, two-tier leaf spine network topology can bring dramatic changes in the way we manage networks – with as good or better performance.

For decades, we’ve been building networks based on the three-tier model: access, aggregation and core. Typical enterprise environments based on this model can easily comprise hundreds or thousands of individual networking devices, creating numerous challenges for implementation and operations teams to overcome in managing and maintaining the networks.

Sure, the teams have lots of software tools to manage and monitor the infrastructure, but they often have little to no integration with each other. Ongoing configuration management along with upgrades, policy and security changes therefore become exceedingly complex and time-consuming, often requiring administrators to log into each device, one at a time, to make changes.

And all the while, the network is often not efficiently utilizing bandwidth due to the use of Spanning Tree Protocol (STP). While the network is likely built with redundant links between access layer and aggregation layer switches, STP only enables one of those links to carry traffic at any given time, to prevent broadcast storms and loops. The result is increased network oversubscription and added cost.

The leaf-spine architecture, which was created for data center networks, simplifies the network architecture because it consists of just two layers, leaf and spine.

In a leaf-spine topology, leaf switches connect to end devices. In a data center, these include servers, firewalls, edge routers, load balancers and the like. For redundancy, each leaf switch connects to multiple spine layer switches, perhaps even to all of them in a data center deployment.

The leaf-spine network topology offers redundancy without paying the STP inefficiency tax. It offers multiple connections from one switch to any other but, because it doesn’t rely on STP, all those connections can be active. Instead of STP, for example, multi-chassis link aggregation (MLAG) can be be used to synchronize forwarding state between peer switches, so if a leaf or spine switch fails, traffic is automatically rerouted for continuous uptime.

That ability to use multiple network paths at once also brings improved performance. So, too, does the fact that from a logical perspective, any given device is only one hop away from any other. The network is also highly scalable, because adding new switches also brings multiple new network routes.

The leaf-spine architecture has proven itself in data center networks running white box switches. But it’s only more recently been deployed in the broader enterprise, including branch offices and campus networks, due to the advent of enabling technology such as Pica8’s Automation Framework for the enterprise.

Pica8’s PICOS® open, Linux-based network operating system (NOS) is intended to run on low cost, 1G-to-100G open white box switches installed throughout the network. One challenge inherent in upgrading networks to take advantage of these open white box switches and the leaf-spine architecture is it often requires the deployment of dozens or hundreds of new switches.

That’s a challenge for companies with few Tier 3 network technicians on hand to deal with switch deployment and configuration. Pica8’s Automation Framework was developed to help enterprises meet that challenge.

Based on the open source Ansible automation framework, the Pica8 solution comprises a set of server-based tools that automates the deployment and configuration of switches throughout the enterprise, including across distributed campus networks and at the access edge. It delivers on the concept of Zero Touch Provisioning. Once a new switch is powered up, it kicks off an automation routine that enables it to find the Pica8 Automation Server and download an appropriate pre-configured software image and license.

In short, Pica8’s Automation Framework addresses the problem of how to install hundreds of switches across the enterprise without truck rolls and extensive man-hours.

PicaPilot™simplifies the management of switch stacks and chassis switches

PicaPilot enables administrators to replace aging chassis switches and switch stacks in distributed campus networks with more modern white box switches that can be managed as though they were a single, logical high-bandwidth switch with a single, consolidated IP address.

Picture a three-building campus, with maybe 20 switches in each building, each with its own IP address. With PicaPilot, all 20 of those switches in the building would become a single logical switch, configured and managed as a single IP address. So instead of managing 60 switches, you’re managing three. Just think about how that simplifies configuration changes, security updates and the like.

At the same time, you get all the advantages that open white box disaggregated networking brings, including the ability to upgrade network hardware or NOS at any time. That enables you to take advantage of advances in hardware or software as they happen, so you’re constantly on the cutting edge of switch performance.

An even more exiting trend for the enterprise campus is that Broadcom has introduced its next-generation programmable and feature-rich ASIC for the enterprise market. Even if you don’t need these kinds of capacity or flexibility today, think of these trends as a way to future-proof your network.  No longer do enterprise customers have to wait 6-8 years for the proprietary networking vendors to bring a new chassis to market. It’s now possible to build open networking campus networks that are modular, flexible and extreme scalable, at much lower CapEx than with proprietary solutions.

It’s time to consider a new way to build and manage enterprise networks. The three-tier architecture has had its day. The open networking leaf-spine architecture represents the new best-in-class approach, and PicaPilot helps you bring it across the enterprise on high-performance, low-cost open white box hardware.