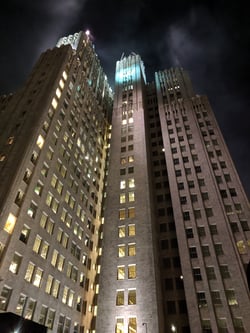 Automation is increasingly required to keep up with growing access network requirements, which are forcing organizations to add new switches and/or replace older switches with higher-capacity models at an accelerated rate. With precious few experienced network engineers and technicians in-house, it’s difficult to deploy large numbers of these switches manually – hence the need for automation. The “gotcha” here is that automation software from legacy networking vendors, such as Cisco, is so expensive as to be out of reach for many organizations. This is particularly the case for users in state/local government and education (SLED) markets, for example, who must operate within very tight budgets to make effective use of taxpayer and donor dollars. Shelling out tens or hundreds of thousands for a Cisco DNA Center automation package is tough to justify.

It’s a situation that has users taking a very hard look at whether open, white/brite box networking hardware paired with automation software for open switches and enterprise workflows can meet their needs at a cost that’s more in line with budget realities. In a word, the answer is now, “Yes.”

The reason we wound up in this situation is because the Cisco’s of the world wanted it this way. As this previous blog post explains, Cisco networks have become so bloated and complex that automation tools are basically required to operate them. This enables Cisco to charge pretty much whatever it likes for its automation software, which is how you wind up paying a list price of around $200,000 for a Cisco DNA Center package to manage a network of just 100 switches.

Open source software solutions can provide an alternative.  Tools like Ansible and Ansible AWX support automation for a variety of IT tasks, including networking. The problem here is that few enterprises have the in-house expertise to build feature-rich automation routines on top of these tools. That is certainly true for state/local government, K-12 education or even most higher-ed institutions.

But if you can find pre-built automation suites that run on top of open-source platforms, suddenly they become viable. This is not unlike the Red Hat model for Linux, where Red Hat took ownership of supporting its Linux distribution for commercial deployment.

This is the Pica8 approach, and we’re not alone. Extreme Networks is doing something similar, and wrote a white paper evaluating three approaches to providing network automation:

Extreme found the pre-built approach bested the other two overall when considering factors including ease of implementation, time to value, scope of automation, purchase and long-term costs, and scope of openness and ecosystem.

I agree, although the Extreme analysis is not apples-to-apples because Extreme was looking at automating data center networks, which are far simpler and easier to deal with than access and campus networks. Campus switch configurations alone are many magnitudes of order more complicated and varied than anything in a data center, but it’s a comparison worth mentioning.

Extreme found integrated packages to be pricey. “For example, Arista’s list price for a CloudVision software subscription can range between $30,000/month for 50 switches to nearly $1,000,000/month for unlimited switches,” the Extreme paper says.

Extreme’s own automation software, The Network Essentials Automation Suite, is free if used with the open source StackStorm platform, which essentially automates “if-then” routines. But when used with Extreme’s Workflow Composer, which provides additional security, support options and ease of use, the price then ranges from $10,000 for 10 nodes to $80,000 for more than 100. Still way too high in our opinion, even for the data center.

While the pricing above is certainly a step in the right direction, Pica8 wants to eliminate cost concerns completely. Our recently announced AmpCon™ automation framework, which matches Cisco DNA Center in terms of automation chops, is being offered at a special introductory price of just $10 per switch per year.  For a 100-node brite box network, that comes out to just $1000 – or 1/80th of what Extreme would charge for a 100-node DC network and 1/200th of the Cisco fee for the campus.  Even better, AmpCon’s per-switch pricing stays the same regardless of the number of users or connected nodes.

This is the kind of pricing that we think is going to breathe new life into price-sensitive markets like SLED that are desperate for an alternative to the punitive prices Cisco is charging.

To learn more about AmpCon, click here. And learn more about the whole Pica8 PICOS® network operating system ecosystem on our pages dedicated to government and education users, including case studies on city of Hoover, Ala. and the Calgary Catholic School District.