3 Reasons Pica8’s PICOS® is (Already) Flourishing Across the Enterprise 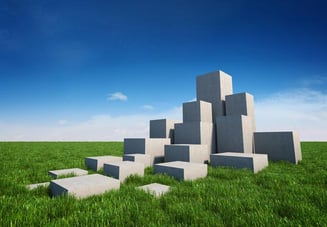 I read with interest a blog post about the open source data center network operating system (NOS) SONiC. To date, SONiC has been deployed mainly by hyperscalers and other large cloud data center providers with very homogenous infrastructure and simple use cases, but a recent Gartner blog post predicted it will soon be adopted by enterprises. Hence, Packet Pushers responded with a recent post titled, “3 Things SONiC Needs To Flourish In The Enterprise.”

The “3 things,” it turns out, are already being provided by Pica8 via PICOS, our open NOS that runs on open white box/brite box switches, and AmpConTM:

•Commercial support, a la what Red Hat provides for Linux
•Commercial management, configuration and automation tools
•Sales and marketing to promote disaggregation in general and this NOS in particular.

Lots to unpack here, so let’s get to it.

The Background on SONiC

SONiC is a NOS developed by Microsoft for its Azure data centers. The company later released the code as open source software and it is now a sub-project under the direction of the Open Compute Project (OCP) Networking Project Group.

A Gartner blog post published in mid-March (the Ides of March, to be exact, for what that’s worth) made this bold prediction: “By 2025, 40% of organizations that operate large data center networks (more than 200 switches) will run SONiC in production environments.”

The post talks about switching vendors that are “aggressively investing in and/or support SONiC including Dell, NVIDIA, Arista, and Juniper” and others including Cisco that “allow SONiC to run on their switches.”

The blog post really served as a teaser for Gartner’s just-released Market Guide for Data Center Switching, which, of course is only available to Gartner clients. But it also prompted Packet Pushers to take a closer look at the claim, serving as something of a gut-check.

Now, keeping in mind both the Gartner and Packet Pusher posts are talking solely about data center NOSs, let’s take a closer look at those “3 Things.”

1. Commercial support, a la Red Hat
Packet Pushers correctly points out that a commercial version of any open source software provides much-needed support, including patches, updates and more. A commercial vendor also handles the “fiddly bits” (I like that) with respect to the ASIC abstraction layer, so customers don’t have to. The vendor simply provides the customer with a list of compatible hardware and that’s that.

I couldn’t agree more – and this is exactly what Pica8 does for users of PICOS. Our proven abstraction layer is called vASICTM, and our extensive hardware compatibility list is right here.

2. Commercial management, configuration and automation tools
Here Packet Pushers, again, correctly points out that SONiC is a Linux-based NOS and thus can be managed by tools such as Chef, Puppet and Ansible. It then adds, “but network engineers may want something more tailored to their discipline.” The post mentions intent-based networking as well as a desire for “stripped down, simplified, and cloud-based” management tools.

This again struck a chord because PICOS is likewise Linux-based and, thus, manageable by all the same Linux tools. In fact, we’ve developed a number of Ansible playbooks specifically for automating networking tasks related to deployment, configuration, license management and so on.

Beyond that, however, Pica8 also has an automation framework, AmpCon, that addresses network switch deployment and configuration, automation of day-to-day activities, visibility across the network, and policy enforcement. In short, AmpCon can be thought of as a “stripped down, simplified, and user-friendly” version of the cumbersome Cisco DNA Center. It performs the core functions that most enterprises need – at a fraction of the cost. (Actually, it’s almost free as Pica8 does not believe customers should have to pay through the nose for controlling their networks.) It even addresses open, intent-based networking (OIBN) in a way that enables companies to dip their toes in the OIBN waters and adopt it at their own pace. (Learn more about OIBN in our recent white paper.)

3. Sales and marketing to promote disaggregation in general and this NOS in particular
This may be the one area where I have to disagree with the Packet Pushers post. It posits that while hyperscalers and cloud providers have a clear business case for an open, modular, disaggregated, customizable NOS, most enterprises don’t care about such things. “They want reliable software; support for core protocols; and tools to configure, manage, and troubleshoot the network–ideally delivered by a vendor partner,” Packet Pushers says.

Well, OK, but why not both? Wouldn’t an enterprise be interested in a NOS that is at once reliable, supports core protocols, comes with effective management tools, is supported by a commercial vendor – but is also open, and works on your choice of white box/brite box hardware and Linux tools? The post correctly goes on to point out the benefits of the open approach, including being able to more quickly take advantage of hardware and software advances, greater choice and the ability to swap out hardware or software based on changing requirements. The fact that it’s lower cost is gravy. These are points we’ve been making for quite some time.

But there’s one more rather big differentiator with regards to Pica8. Recall that both the Gartner and Packet Pushers posts were discussing only data center NOSs. Pica8’s PICOS is a L3 data center NOS, but it works equally well in enterprise campus and edge networks and workflows.

So, with PICOS you’ve got a single open, disaggregated NOS running across your entire enterprise – from the data center to the access edge and everywhere in between. It’s all managed by the same tool – AmpCon. And it comes with support from an experienced commercial vendor, Pica8.

We don’t have to wait till 2025. PICOS is already flourishing in more than 1,000 enterprise networks in 40+ countries. If you’d like your network to be next, just get in touch.